Here’s what Peg Smith wrote about this year’s Independence Day Celebrations in her column By Way of Boulder, published in The Insider the week July 13, 2017. 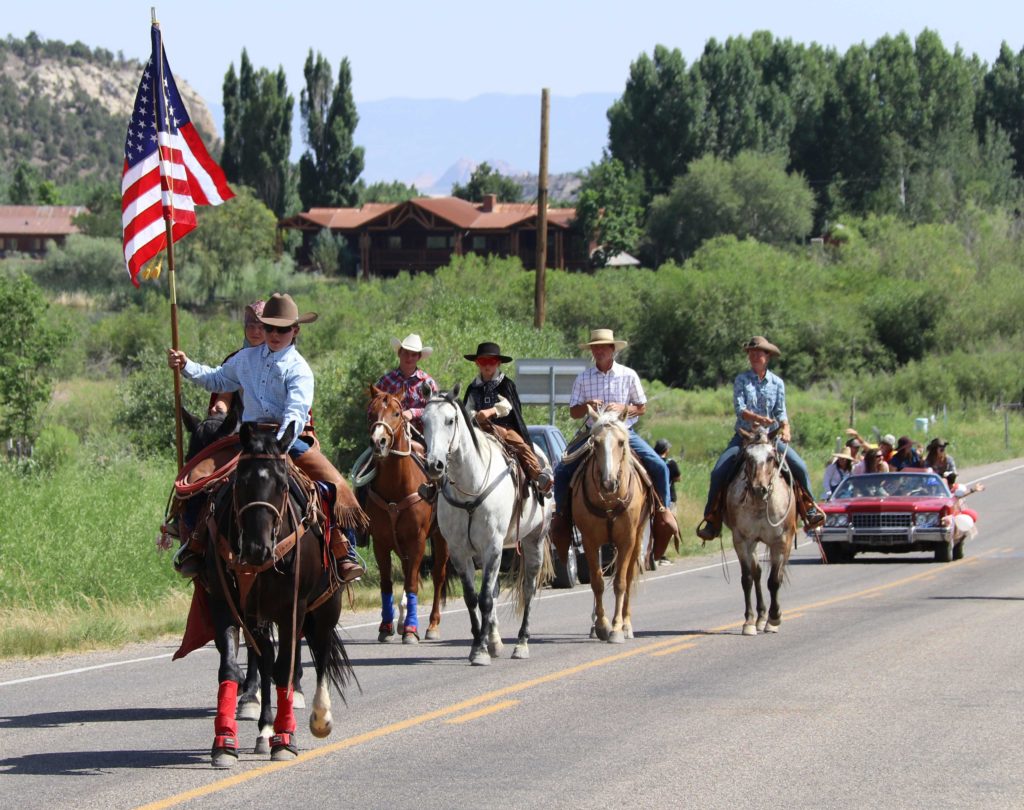 Horses and riders head up the 2017 Boulder Town 4th of July parade. (Photo by Peg Smith)

Boulder celebrated, really celebrated, another 4th of July holiday this year. Two days of smiles, and visitors, and food, and fun. We’re getting used to no fireworks, and that’s ok. Better on New Year’s Eve around here anyway.
Our town park and pavilion got a real workout with a crowd. The Town’s official day of celebration was July 3. Boulder Community Alliance, for the second year now, was the main sponsor of the day’s events, along with Boulder Town and Garfield County Travel Council. More donations came in from Boulder Mountain Lodge, Boulder Mountain Guest Ranch, Hall’s Store, Boulder Outdoor Survival School, Magnolia’s, Hell’s Backbone Grill, Burr Trail Grill, Hills ‘n’ Hollows, Desert Dawn, and Sweetwater Kitchen.
Early afternoon with live music and field games drew a healthy crowd and set the fun tone. Our parade this year was short. (Someone suggested that next year we offer to decorate the tourist vehicles held up on Hwy 12 for our parade. We’d get an additional 10 minutes or so of dressed-up vehicles and parade waves.)
Back by the pavilion, the plastic slip-n-slide and the dunk tank were already cooling off the kids. The typical dunking of town officials was abandoned when it became clear this was kid domain: there were equal numbers lined up for both dunkee and dunker roles.
It was a bit of a wait for the three pit-roasted pigs (supervised by several Dixie Nat’l Forest staff and cooks), but waiting was mellow. Jabe Beal organized Boulder youth in a Presentation of the Colors. Cheryl Cox spoke briefly on service, acknowledging the veterans in the crowd, then further acknowledging other types of service, including religious leaders, emergency crews, town and board officials, local organizations–the very fabric of what helps hold a community, and country, together. Carl Dede and Jessica Frogley provided fabulous dinner music. Following dinner, with tables pulled aside, the W Duo and American Train, with Mike Cottle as the caller, roused kids and grownups alike for some lively contra dancing.
July 4 activities culminated in the 17th annual Ice Cream Social and Talent Show, co-sponsored by Hell’s Backbone Grill and Boulder Mountain Lodge.
I started collecting names of all the individuals who helped put together these extraordinary two days, but that list alone would have eaten up this column. Suffice to say there were probably more Boulder people involved and helping than there were merely attending. If you weren’t among the participants, that’s too bad. You missed a great party.
“Life, liberty, and the pursuit of happiness.” Those are really the words we’re celebrating on 4th of July. Before we were a country, before we had a Constitution, before we had political parties, we had 56 men, including one great writer, who put their names to this expression of our “unalienable rights” and the reason for governments to exist.
Two hundred forty-one years later, a little stained and cynical with our history and current events, we still have the honor of celebrating those words.
——————————————————————————————

The BCA would like to extend a heartfelt thanks to the generous sponsors and volunteers of the 2017 Boulder Town Independence Day Celebration. We are extremely grateful for your help and appreciate the amazing community of Boulder. This event would not happen without you! 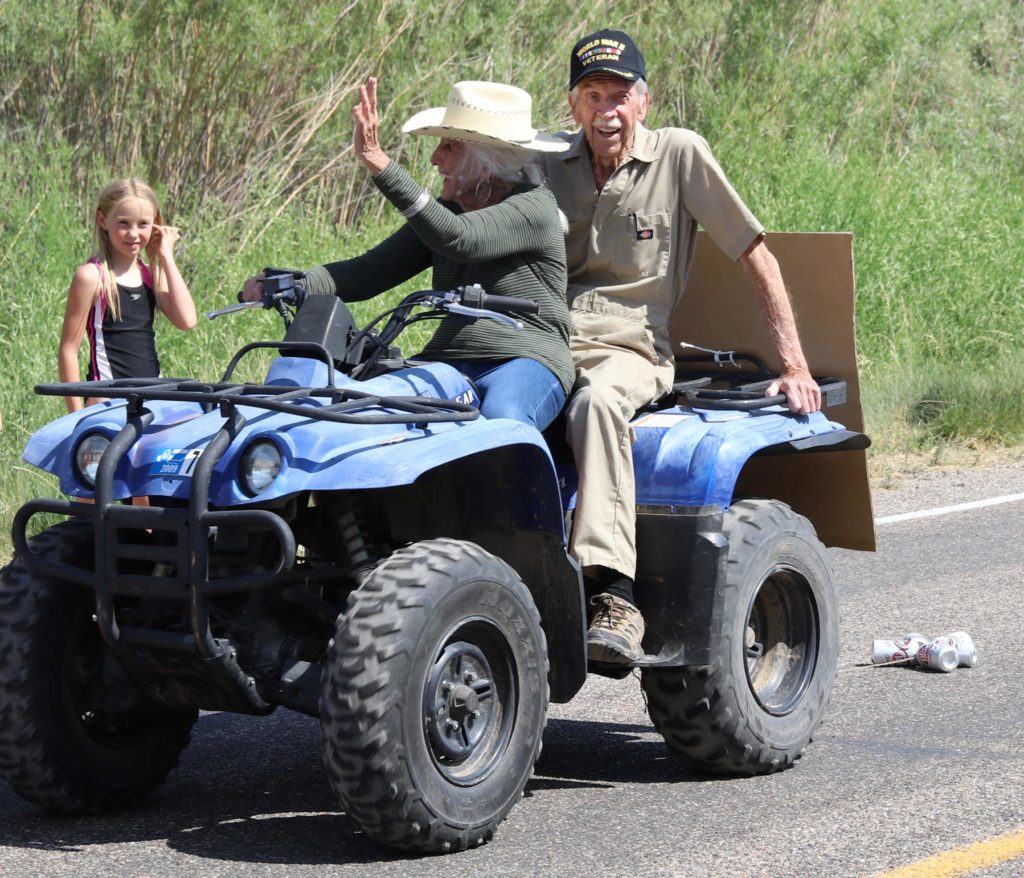 Bob and Naomi Brems are not about to sit on the sidelines when they can join the fun. (Photo by Peg Smith)